The town of Crested Butte, Colorado, enjoyed a giant growth spurt in the late 1880s with the arrival of the railroad and an expansion of its coal mining industry. After the last mines closed in the 1950s, the area went on to reinvent itself as a ski resort destination a decade later.

Crested Butte is located high in the West Elk Mountains of the Rockies in a county with more than 2 million acres of public land. The town is less than a five-hour drive from Denver.

Crested Butte has one of the best public schools in the state and a downtown area that gives a nod to its western mining heritage. The Victorian-era architecture of Elk Avenue, mostly buildings of wood construction, is now part of the town’s National Historic District designation. The summer months are packed with music, arts and even a bike festival. In fact Crested Butte was a major player in the birth of mountain biking as a sport -with hundreds of miles of bike trails to proof it. The Mountain Bike Hall of Fame opened here before eventually relocating to California.

But above all, when you have a home in Crested Butte, you are near skiing. Downhill, cross country and extreme. Snow-loving homeowners include part-timers, telecommuting transplants and even a few descendants of the original town settlers.

Three miles north of town is Mount Crested Butte around the base of the resort mountain. Elevation: 9,375 feet. Large private homes and condominiums feature ski in, ski out access and mountain views in every direction. Come summer time, the hillsides are covered in wildflowers. The golf community of Skyland features luxury homes around a Robert Trent Jones Jr.-designed championship golf course. A country club offers swimming, tennis, dining and fitness center. Buyers can find multi-acre parcels with animal and fishing rights in the rural reaches of Crested Butte. 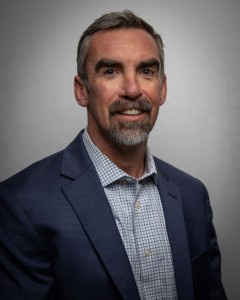 It has been 31 years since Gary’s arrival in this wonderful valley. After attending Western State College in Gunnison, he realized this is the place to call home. Quite a change from his New Jersey shore roots!

Gary and his wife, Carolyn, feel very fortunate and at times even spoiled to call Crested Butte home. Along with their kids, Hailey and JD, in tow, you can find them out enjoying the splendor of the surrounding Colorado mountains. Whether it be camping, hiking, biking, skiing or just taking in the natural beauty this area has to offer, Gary can help you find your own piece of Paradise.

His proven track record includes consistent and consecutive awards such as Centurion Producer and Masters Program with Century 21 Benson-Rous, which is now LIV Sotheby’s International Realty.

Gary’s honesty, knowledge, and experience have earned the trust and respect as a true professional from his clients and peers.

need a Rental Property or have a question about Crested Butte, Colorado

“Gary did such an outstanding job for my family in our first two Colorado purchases, we’ll never have to use any other Realtor moving forward”

“Gary’s 25+ years in the Crested Butte region was evident when we bought our home. We could not have worked with a better Realtor”

Search all Luxury Single Family Homes, Townhomes, Duplexes, Condos and Land in Crested Butte and Gunnison with the #1 Luxury Real Estate website in Colorado and the World. All our properties are updated in real time and provide the most accurate information available. Our team is dedicated to helping you and your family discover Crested Butte and its surrounding areas here in Colorado. Contact us today to learn more about the incredible lifestyle, the private clubs, the golf clubs, restaurants and most importantly what it means to work with our luxury real estate professionals (Gary Huresky) with LIV Sotheby’s International Realty.