It’s about the altitude in the High Rocky city of Aspen, which at almost 8,000 feet above sea level, offers a bird’s eye view of the world. And it’s about the lifestyle. Building on a reputation for its world-class slopes and the best in Colorado luxury homes for sale, Aspen draws not only ski-lovers but also many for its leadership in environmental stewardship. Residents never take their breathtaking natural assets for granted.

Aspen was first developed around the 1880s as a silver mining camp. By the 1940s it became better known for white powder than silver, in large part to Chicago industrialist and philanthropist Walter Paepcke and his wife, Elizabeth. The two became Aspen’s cultural ambassadors, touting Aspen’s natural aesthetics as a place where the body, mind and soul could thrive. Minions joined them creating an Aspen renaissance. Today, this alpine village nestled at the head of Roaring Fork Valley and surrounded by the public lands of White River National Forest, is an eco-oasis.

It has, at once, both a small-town charm and an urban sophistication, among the reasons international second and third-home owners are drawn to one of the priciest real estate markets of luxury ranches, private estates, mansions, ski homes and condos in the country. That only a small percentage of land can be developed due to zoning laws and the physical constraints of the surrounding mountains keeps values strong.  Fine dining abounds, along with cultural amenities and institutions, arts, culinary and food festivals and exclusive shopping. 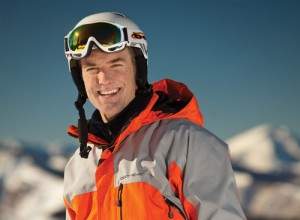 As a three-time Olympian, a Bronze Medalist Snowboarder in 2002 in Salt Lake City, and an eleven-time US National Snowboarding Champion Chris has visited most of the best mountain resorts in the world. He believes there is no place like Aspen. He knows the best places on and off the mountain. Chris takes being your real estate agent seriously. He brings the same positive attitude, determination and dedication that made him an Olympic Champion to his real estate clients.

In 2000, after six years on a waiting list, Chris received a life-saving liver transplant. While waiting for a second chance Chris committed to helping make a difference to those awaiting the gift of life. In 2003 he founded the Chris Klug Foundation dedicated to promoting the importance of organ donation. Chris acts as chairman of the Chris Klug Foundation, and is the creator of the Aspen Summit for Life, a night-time uphill snowshoe race to the top of Aspen Mountain to celebrate life and help raise funds for Chris Klug Foundation.

need a Rental Property or have a question about Aspen, Colorado

please contact us at 970.948.7055 with Aspen Snowmass Sotheby’s International Realty.

We were able to purchase our home within weeks – not easy coming from another state, and not easy during Covid! Chris was always available, seemingly in the middle of the night at times, to review options, set appointments, and make sure we understood the process and market. He knows the market and understood how to navigate it. To do all of this, in a matter of weeks, during very difficult circumstances was quite a feat. He has our highest recommendation!

Chris did an excellent job of finding me the perfect Aspen property… and it took a while! He hung in there and showed me tons of homes that met my criteria. And, once we had a contract, his attention to detail and follow through made my closing possible without a hitch despite my international travels. I highly recommend Chris!!!

Chris did a FABULOUS job helping us find and purchase our new home! He was very prompt with responses, and helpful and knowledgeable throughout the entire process. He was completely dedicated to getting us the house we wanted and did everything he could to make it happen for us. I am so grateful for the guidance he provided us with!

Search all Luxury Single Family Homes, Townhomes and Land in Aspen, Colorado with the #1 Luxury Real Estate website in Colorado and the World. All our properties are updated in real time and provide the most accurate information available. Our team is dedicated to helping you and your family discover Aspen and Snowmass here in Colorado. Contact us today to learn more about the incredible lifestyle, the private clubs, the golf clubs, restaurants and most importantly what it means to work with our luxury real estate professionals (Chris Klug) with Aspen Snowmass Sotheby’s International Realty.